“California is a garden of Eden, a paradise to live in or see, but believe it or not, you won’t find it so hot if you ain’t got the do, re, me.” – AJJ (Band)

Ah, California… a state that seems to have it all with it’s mountains, beaches, lakes, forests, and cities, while yes, being expensive. California is one of the largest states where you can drive from one biome to another in a matter of a couple hours. With breathtaking views around every corner, one could never get bored here.

Having been on the road traveling for the past four years, we have certainly been to California a few times, exploring the ocean side and Redwood forest. This time, however, we wanted to explore the higher elevation areas such as Lake Tahoe and Yosemite National Park, specifically Tuolumne Meadows.

Lake Tahoe was our first destination after leaving Colorado this summer. Lake Tahoe straddles the border of western Nevada and eastern California. The lake itself is nestled in the Sierra Nevada Mountains and is one of the largest freshwater lakes in the country. At a depth of 1,645 ft and a shoreline of 75.1 miles, there is plenty of room to play. 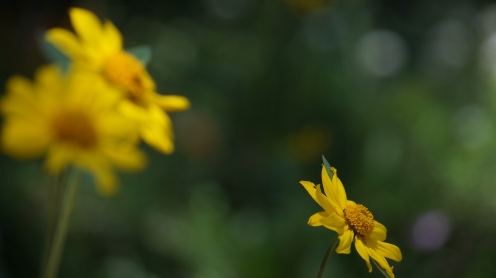 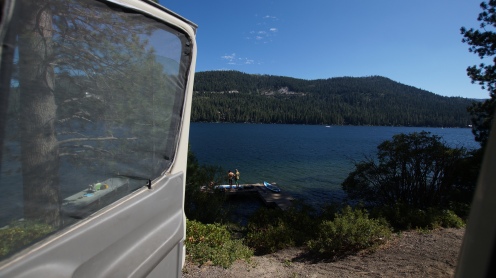 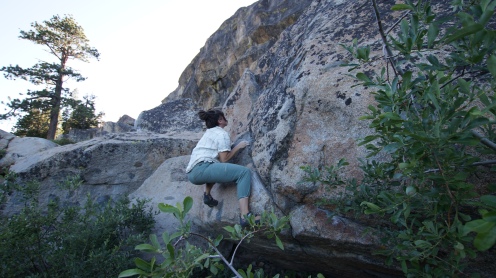 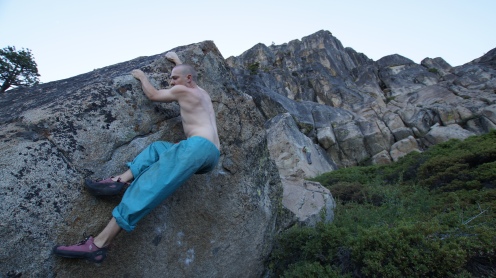 Being in Lake Tahoe during the peak summer season was still overwhelming to us but we decided to stick it out after driving 15 hours to get there. The reason Lake Tahoe is so popular is that it provides an escape from the heat, miles of back country trails including the Pacific Crest Trail and the Rim Trail, mountain biking, swimming, and rock climbing. It’s a main getaway for California and Nevada locals, and soon, us.

We ended up staying in Truckee, a town on the way to Lake Tahoe proper, for the first few days and climbed with our friend, Garrick, where we familiarized ourselves with the local granite climbing. After having a blast, we decided to stay for a month. First step as always was to search out camp spots, grocery store options, water supply, and a local gym to shower and continue training during the hot days.

We settled on South Lake Tahoe, as the area seemed less crowded and provided the amenities we needed. In fact a brand new climbing gym opened up, Blue Granite Climbing Gym, which provided showers, sauna, yoga room, rope climbing, bouldering, training equipment, WiFi and a coffee shop. Ultimately, we were pleased with our decision to come to Lake Tahoe, California. For a few weeks we struggled to decide on where to go during the summer months, as everywhere seemed to be crowded and still hot.

In order to combat the heat, we not only found a gym but also bought a couple bikes and a kayak in order to enjoy the other popular activities that the area had to offer. Biking along and kayaking in the lake were bucket list items that I got to cross off, after all, trying new things is a main goal of traveling for me. In the end, we stayed in Lake Tahoe for a month before deciding to leave for Tuolumne Meadows, California.

Tuolmne Meadows has been on our list of places to check out since we started vanlifing it. At 8,600 feet elevation, Tuolumne Meadows is one of the largest meadows in Sierra Nevada and is surrounded by a glacier carved mountain landscape featuring granite domes, granite erratics, clear streams, rivers, and lakes. Even with the numerous tourists visiting everyday and a road driving straight through the National Park, being there still felt serene.

We came to Tuolumne with the intention on climbing as many boulders in as many areas as we could. For this trip would only be for 16 days, a short time frame for our standards. We purchased the guidebook for this area while in Nevada so we knew where to park and what climbs to get on. We even knew a staff member of the park who let us stay with him as a visitor for a few days. That helped us save time and money, at $22.00 a night in order to stay inside the park or driving 20 miles out of the park, we were thankful to have a friend.

A few highlights of Tuolumne for us was swimming in the glacier fed lakes, climbing on glacier carved rock, hiking through the moss covered forests, and feeling small next to the large domes. Tuolumne Meadows can help put life in perspective. 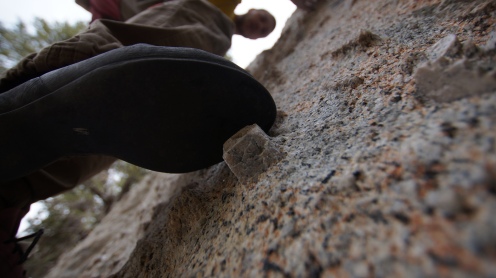 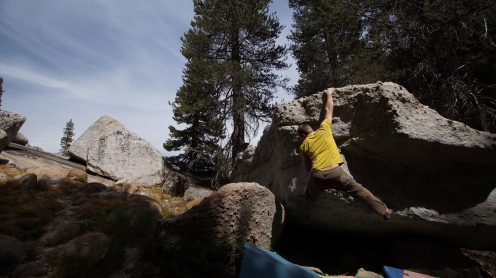 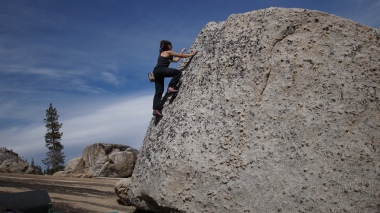 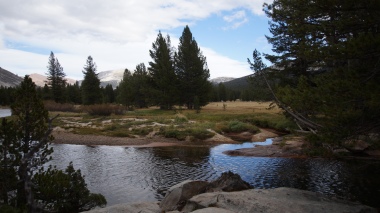 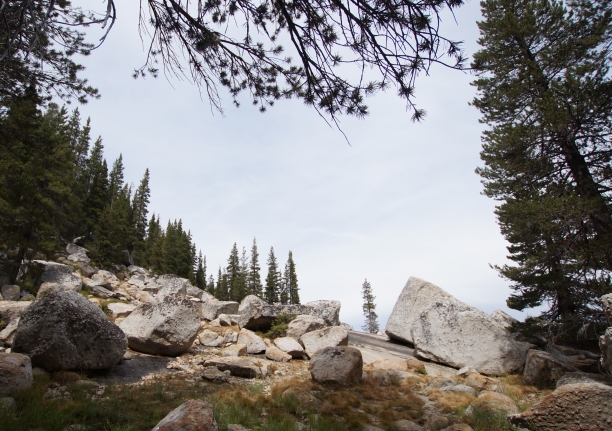 Life in Tuolumne is interesting. With only one access road going to the town of Lee Vining, 45 minutes away, or Yosemite National Park proper, also an hour away, it can be hard for the staff to leave. We stayed in the park for 16 days and knew we would have to drive to Lee Vining for phone service, groceries, and gas. A trek we made twice as gas was $5.00/ gal and that added up fast! While we were in Lee Vining, we stopped at Mono Lake. Mono Lake is a “saline soda lake” that is home to brine shrimp and “two million annual migratory birds that feed on the shrimp and alkali flies”.  To make use of the day, we even kayaked on the salty lake in order to get a closer view.

Once we were stocked up on food, water, and gas, we would make the drive back up to Tuolumne Meadows. After 16 days we were ready to head back towards our favorite climbing area, Joe’s Valley, our fourth trip.

For Tuolumne Meadows, the entrance to the park is only open for a short period of time, open Late Summer to Early Fall, so it can be hard to get there before the gates are closed. The best time of year to head to Tuolumne is early September. The weather is cool, its less crowded, and most of the trails are still open. All and all a recommended destination for anyone.